A new Haven for the Brony community.

So can this make activity?

Whose action would you take?

So can this make activity?

So apparently activity is nice, yes?

I thought, hey, if there's some way to keep talk going on is with a question right? So I'm stealing burrowing an interesting somewhat talk about forums like these. It's mostly an online interpretation of an already known dilemma. (But if you aren't familiar with it, yay, better)
Anyway, on to it...

You're a new moderator of an online community, great right? Because you're awesome, and nice and so much else, and I'm probably doing this to make myself feel better.
Well, unlike here, where it's so peaceful, you have to do certain things every once in a while. While it's mostly a simple task, sometimes it's harder than you think, wtih different views on it. You happen to end up on one of these.
Details aside, here are the facts:
You, as a moderator, have investigated the case. You've talked with people linked to it, and discussed the situation with other mods(Who aren't as involved as you), who generally agree with you. You feel you should go for option A. The admin knows what has happened and has glanced through the discussion, he feels that option B should be the way to go instead. However, you also know the general opinion of the community. The majority of the community feels like option C is the right choice. You also know that,for who knows why,(Hint: it's better to try to get rid of cheap ways out of it) the time for discussion is over. You have to choose what to do now, with no more delays.

Facts you know:
-None of the options are unreasonable, everyone has their reasons, which have a logical argument behind it.
-A consensus won't really be reached by the parties, so while all options will be accepted, you can't get more than a side pleased with it.

So, the question would be, you'll be the one doing the action. What would you choose, A, B or C? Or rather, which  party would you be loyal to?

(It's nice if you explain your reasons and such, so it's more fun?) 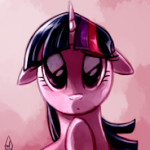 I've actually been in a situation similar to this, so I spoke to witnesses of the "crime" and we agreed, leading me to choose the equivilant of your...B I think? I have a feeling this option might only have worked for that situation though, so was probably a one time mindset.
_________________
Techpony: Give me a shout if you have any problems around the site, or just in general!
DON'T WORRY, SCIENCE!
WUB WUB WUB~

Suggestions Thread
Issues Thread
Alternatively, send me a PM with the subject line of "Suggestion" or "Issue" depending on your message.

YouTube!
Free Entertainment! There's more everyday! Totally not self advertisement or anything...

Yes, I guess that's a way to think about it.
The situation proposed was one where you'd not take the merits of the reasons behind, but rather on the groups or individuals themselves, as in who'd end up having priority.

Suggestions Thread
Issues Thread
Alternatively, send me a PM with the subject line of "Suggestion" or "Issue" depending on your message.

YouTube!
Free Entertainment! There's more everyday! Totally not self advertisement or anything...

I'd go with option A. the mods. They are trustworthy and well they are more to the group then the admins and may know more. Admins would be second if it came down to them beeing needed, but why have mods if you can't trust them?
_________________
“In a world filled with misery and uncertainty, it is a great comfort to know that, in the end, there is a light in darkness.”-Fallout Equestria
"In life we have happiness, in death we have eternal peace.-Lordleelee2
All the Stars in the Sky by Lynked
“I want to calm the storm, but the war is in your eyes.
“For I know tomorrow will be a better day.
Yes, I believe tomorrow can be a better day…” -Fallout Equestria, final words in the epilogue
"Heroes.
We all need heroes, children. Now more than ever. It's a good fight that their fighting and they are doing it on behalf of all of us. But the forces of evil are hard on heroes. No. It's brutal to them. It beats them down and tears them apart.
Inevitably, every﻿ hero fails.
But a true mark of a hero is how they pick themselves up, dust themselves off and throw themselves right back into that good fight."-DJ Pon3 Fallout Equestria
Pidgelordo